We use cookies to allow the display of personalised content, statistics collecting and sharing on social media. You can review your consent by clicking on "Manage cookies" at the bottom of the web page. If you would like to know more then please read our confidentiality policy.

We use these cookies to ensure the correct function of the site. Essential cookies allow you, for example, to sign in to and navigate our site securely. They also allow us to keep your account secure and prevent fraud.

These cookies allow us to detect problems with the experience on our site and improve our client relations. They are harmless to you and your data.

Is call recording legal? There's actually no straightforward answer to that question. The rules change from country to country, and it can get tricky for international businesses that need to record their calls for training and other purposes.

So, before you start recording the calls, it is better to understand the laws. However, call recording is legal in most countries if it is done with consent. You need to have either:

All-party consent or two-party consent: To record the call, you will need consent from everyone who is part of the call.

You need a small business phone system or a simple solution to record your calls? Check out our list of the best applications to record calls.

If you make sales in USA or Canada, you need to be aware of the call recording laws in these countries.

Even if your company is in a US state that allows one-party consent for recording, you will have to notify both the parties involved, in case you wish to record calls made to a two-party consent state.

The accepted forms of notification according to the Federal Communications Commission (FCC) are:

1. Oral or verbal notification before the recording is made

2. Prior verbal or written notification of all parties involved in the conversation

3. An audible beep tone played at regular intervals during the phone call

To record calls in Canada, you will need consent from at least one party involved in the conversation according to section 183.1 of the Criminal Code of Canada.

Businesses are recommended to obtain consent by playing a recorded message that says “your call is being recorded for quality control purposes” at the beginning of a call.

Is call recording legal in Europe?

Not a part of the EU anymore, the UK has complicated rules regarding call recording. If you can guarantee that the recorded calls won't be shared with any third party and the call is being recorded to ensure compliance or prevent a crime, you do not need to get consent. To avoid complications, it is best to get all-party consent while recording calls in the UK.

France is a two-party consent country which means you will require the consent of everyone involved in the call to record the conversation. Companies need to meet the below requirements while recording calls:

There is no need for consent to record calls in the Czech Republic. You don't have to make the other party involved aware of the recording if you are using the data to protect your rights guaranteed by the law. It is better to get at least one-party consent in order to avoid any complications in the future.

According to the Danish Data Protection Authority Act, companies need to get one-party consent to record calls. If conversations are recorded for education purposes, you need to get consent from the participant. However, in cases of emergencies exceptions are allowed.

For a company or an employer to record calls, Finland law demands you inform the participants in advance. However, private persons can record calls without informing the other person involved in the call.

Businesses can record conversations between their agents and customers provided they meet the conditions stipulated in Italian privacy law. In other words, call recording is allowed if the data collected is used for statistical or educational purposes. Italy's call recording laws are in line with EU's GDPR laws and it is recommended to get explicit consent from all the parties.

Ireland falls under the two-party consent jurisdiction. The Irish law makes it abundantly clear that the purpose of the call recording needs to be explained in detail so that all the parties involved in the call are aware and can willingly give consent.

In Latvia, calls can be recorded by an active participant without consent as there is no law that says you need to get consent from the parties. However, the use of the recorded calls depends on the content and may be subject to various laws in Latvia.

In the Netherlands, a participant does not require consent to record phone conversations. However, if a third party, who is not part of the calls, records it without the participants' consent, it is considered a punishable offense. The use of the recorded call will be subject to GDPR regulations.

According to Polish law, call recording is legal only if the person recording is a participant. No consent is needed to record calls, however, sharing of the recorded call may be subjected to GDPR restrictions and various other laws in Poland.

Under the Romanian Telecommunications Act (506/2004), it is perfectly legal to record a private conversation by a participant without consent. However, the use of the recorded conversation may be subject to many criminal and civil laws in the country.

In Sweden, it is legal to record calls if you are an active participant. You are also allowed to record if you have obtained authorization to do so. Businesses in the country are to comply with the GDPR regulations when processing and using the data from phone recordings.

Call recording is legal in Turkey provided you are doing so for storage of the data. You don't really need any consent to record calls and the use of the recorded data should be in line with the laws of the country.

Is call recording legal in Asia?

Some countries in Asia such as Japan require consent for call recording while a country like India doesn't have clear rules regarding call recording.

There are no laws that make call recording a criminal offense in India, and there are also no laws that clearly stipulate one-party or two-party permission is required to record calls. So, it is safe to assume that you can record calls without consent. However, be aware that the use of the recorded call may be subject to various laws of privacy. The rule of thumb would be to get consent.

Is call recording legal in Australia?

Some countries in the Australian continent such as New Zealand allow call recording without consent but in Australia, they have strict rules regarding recording conversations.

To record calls legally in Australia you need one-party consent. It is an offense to record calls or listen to live conversations without the consent of any of one or both of the parties involved in the call.

In New Zealand, you do not need consent to record calls. However, it is considered unfair to record calls without getting consent. Be cautious about the use of the recorded material if it's obtained without consent as it can come under the purview of the country's Privacy Act. So, when in doubt, always take consent.

Is call recording legal in Africa?

South Africa has strict call recording and privacy laws in place, unlike many other African countries.

You do not require consent to record a conversation if you are part of the call. However, you can't record calls that you are not a part of without the consent of at least one party involved in the call. It is recommended to add a virtual notification regarding call recording as part of your greetings that will inform your customers about call recording.

Want a Solution to Record Calls? 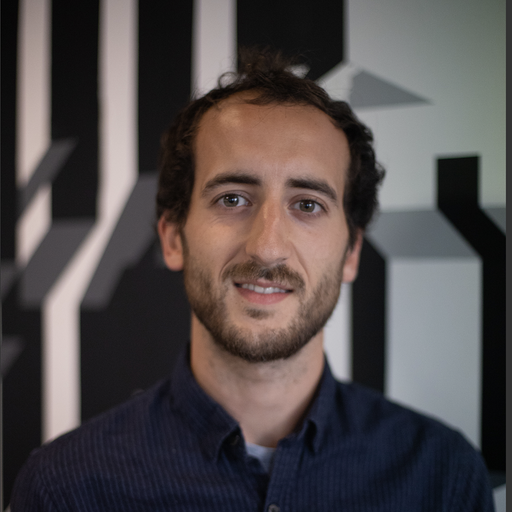 Paul is a tech and business phone system enthusiast always open to discuss ideas. If you’re interested in collaborating on content projects or getting a product listed on our blog, don’t hesitate and reach out to us: [email protected]

Per month - Per Company